Book one has given me fits from the beginning. It got to my house without a picture so I’m eventually going to have to make one. Other problems have happened with it as well- the gilding didn’t take as well as I would like (note to self- NEVER lay the pattern down on the book after you’ve applied the glair!) and so on. The rest of them have not been bad at all. I also need to be mindful of how hot my pencil is- too hot and I burn the leather instead of activate the gilding. 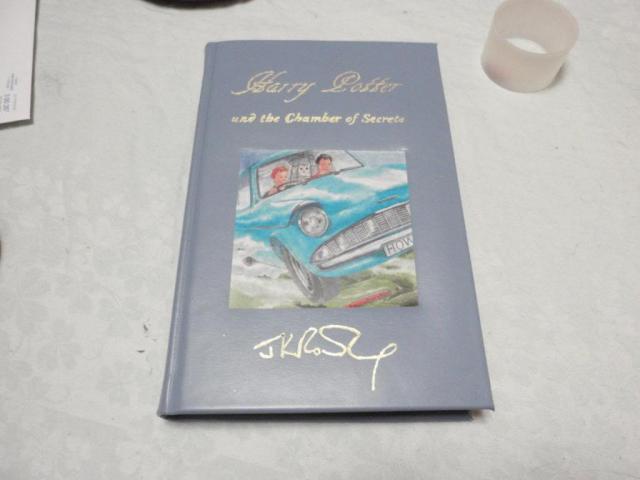 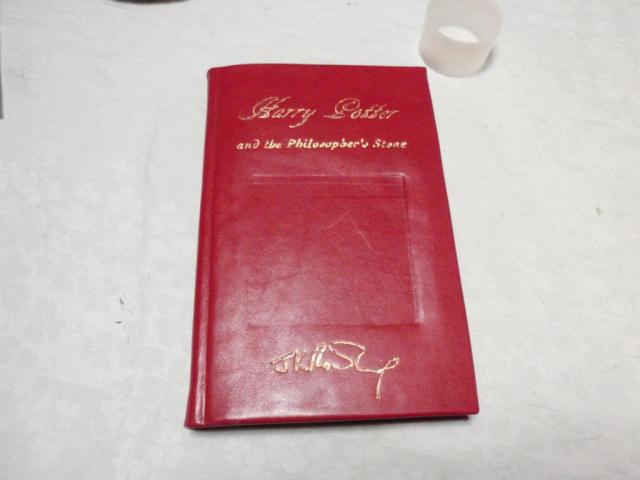 I’m pretty happy with the gilding on this one- although the spine has a light spot where I let the heat pen cool down too much.

Sorry for the lighting! 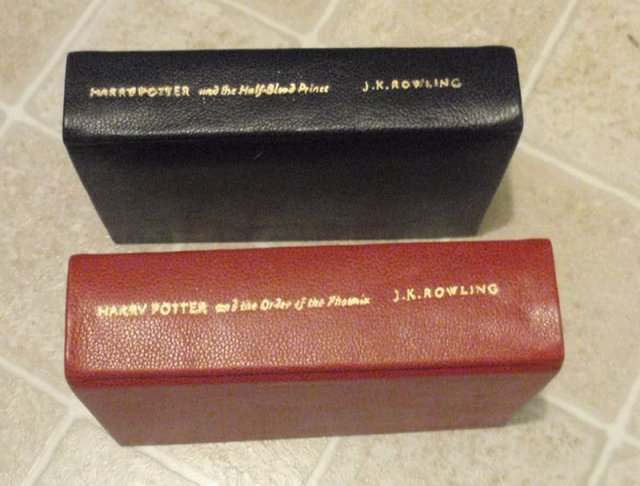 I’m not entirely happy with the result… I almost never am. At some point though I have to think “okay, that’s close enough” because if I try again, it will not be as good.

Well, I finished Harry Potter and the Deathly Hallows. I’m VERY disappointed in the new gold! I did everything just as I always did… and look how it came out: 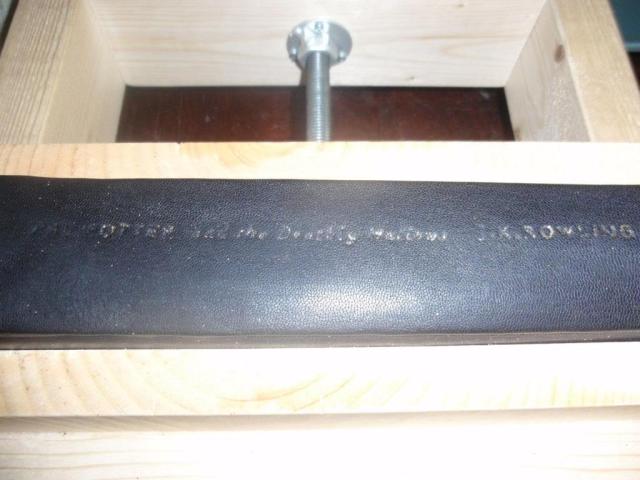 I fixed it, of course, but I’m sending the rest of the gold back and I’ll be sticking to my regular supplier from now on. The new supplier was very nice about taking it back and it probably would work quite well for other applications but not for bookbinding. 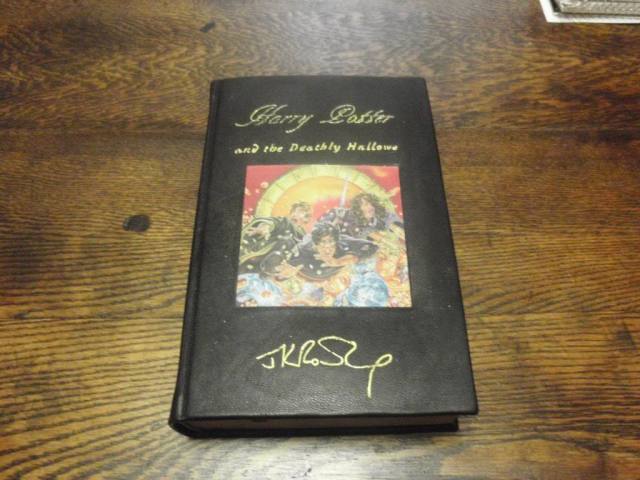